Six Reasons Why Stopping Worldwide Terrorism Is So Challenging 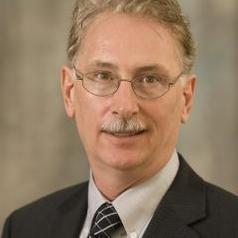 By: Gary LaFree Professor of Criminology and Criminal Justice, University of Maryland

A January 2017 Pew survey showed that Americans rate terrorism as the top priority for the Trump administration and Congress.

They put the issue ahead of the economy, education, jobs and health care costs.

For the past 12 years as Director of the National Consortium for the Study of Terrorism and Responses to Terrorism, I have worked with colleagues to improve understanding of terrorism by studying its causes and consequences. One of our largest and most extensive projects has involved compiling all terrorist attacks worldwide since 1970 into the Global Terrorism Database (GTD).

Based on this work, six issues stand out to me as major challenges for developing effective policy on countering terrorism.

For most places and times, terrorism is an incredibly rare event.

Even important groups like al-Qaida have committed relatively few attacks. The GTD shows al-Qaida has been responsible for only 59 attacks over its entire lifespan and only five attacks since 2008. The fact that terrorism is so rare means that we have limited ability to do statistical analysis and reach general policy conclusions.

While terrorism is rare, mass casualty attacks are even rarer.

Over half of all terrorist attacks in the GTD since 1970 included no fatalities. The GTD identifies only 17 attacks from around the world that claimed more than 300 lives. Of the more than 156,000 terrorist attacks in the GTD, the coordinated attack of 9/11, which took the lives of nearly 3,000 people, is still the deadliest attack in modern history.