Jay-Z has cemented himself as a teacher and a leader in popular culture. 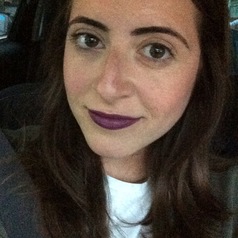 He sparks conversations every time he releases a project, whether a book or an album. His 13th album, 4:44 (Roc Nation), an intimate collection of 10 songs, is no different. The conversational album tells the story of love and survival in a racially charged society and provides a jumping-off point for thinking and talking about Black masculinity.

The structures of oppressive racism have led to many Black men and women to interpret vulnerability as a sign of emotional weakness and male bravado as a sign of strength. Therefore, invulnerability has become an emotion to practise.

This performed masculinity runs rampant through mainstream hip-hop culture. Jay-Z and executive producer No I.D challenge these traditional notions of invulnerability and egocentric masculinity and confront themes of racism and Black love through their lyrics and their selection of R&B and reggae samples.

Jay-Z is having a conversation with other Black male rappers on this album as he asks: “Y’all out here still takin’ advances, huh?” Here, he’s implying rappers are attached to the industry of music. By doing this, he’s asserting his independence, and consequently his ability, to take artistic chances. He’s not beholden to anyone and can therefore construct his own image and discuss issues that aren’t necessarily popular.

In a followup video to his album, 4:44 Footnotes, Jay-Z unpacks his lyrics by talking about their meaning. He does this with a group of Black artists and athletes. He is not obscuring his target audience.

Jay-Z draws and benefits from the groundwork laid by feminist writers like bell hooks, Joan Morgan and Tricia Rose. These scholars have worked to explain and uncover how corporate influences, deeply rooted racism and the long-term impact of economic, social and political disempowerment have affected Black hip-hop artists.

Bar by bar throughout 4:44, Jay-Z peels off his confident, invulnerable mask, revisiting Shawn (he was born Shawn Corey Carter) and revealing the moments that have defined his past in the hopes of changing his future.

Hip-hop is the most popular genre of music in the United States. At the same time, hip-hop is a microcosm of hegemonic ideals, promoting physical and financial supremacy. Within popular hip-hop imagination, the rapper has been the embodiment of Black masculinity, figured as the cis-heterosexual hero. As these images emanate throughout social discourse, they perpetuate ideas about gender, sexuality, race and identity. For this reason, Black men are not often afforded the privilege to make mistakes and rebuild or self-criticize without being scrutinized by society.

That means there are limited options for what the Black male can represent: “rapper,” “menacing gang member,” “hustler,” “master of (heterosexual) sex.” As these labels pervade and populate hip-hop culture, male rappers effectively get portrayed as machismo spectacle,“ according to scholar Anthony Lamelle Jr.

Within the culture itself, this masculinity gets positioned in stark opposition to femininity, which is closely associated to vulnerability and emotion. But the inability to be vulnerable, according to feminist scholar bell hooks, means there is an inability to truly connect with other people.

Progressively, through his lyrics, Jay-Z attempts to redefine his own masculinity. But he struggles with overcoming his own egomania. In his track Bam he explains that ego, as a survival strategy, is hard to shed. He admits to lying and cheating. He also attempts to confront his destructive consumption patterns.

Though he is aware of the inherent racism and sexism woven into neoliberal capitalism, Jay-Z reveals in The Story of O.J. and Legacy that, like many, he is still attached to traditional notions of wealth and accumulation. He addresses the impact of toxic masculinity that permeates people’s lives — especially those marginalized by their race, gender and class.

Bell hooks has been calling for the interrogation and redefinition of Black masculinity throughout her career. In her 2004 book, We Real Cool: Black Men and Masculinity, she explains how Black masculinity is viewed: fearless, insensitive, egocentric and invulnerable: therefore any emotions that interfere with this “cool” pose get blocked out.

The cultural devaluation of vulnerability in hip-hop is damaging, because hip-hop’s common themes continue to reinforce things like dominance and sexual prowess over women instead of romantic love and relationships. Also, the “cool” pose leaves women and queer people behind.

Jay-Z’s surprising displays of vulnerability can be seen throughout the album. Jay-Z apologizes to his wife, Beyoncé, on the title track, 4:44. He raps: “I apologize, often womanize/ Took for my child to be born/ See through a woman’s eyes ….” He shows his acceptance of his mother Gloria’s sexuality on Smile: “Cried tears of joy when you fell in love, don’t matter to me if it’s a him or her.” Jay-Z is telling us, and especially young male consumers of his music, that the inability to be vulnerable means an inability to feel. In her book, bell hooks explains: “If we cannot feel, we cannot truly emotionally connect with one another.” Stuck in this mindset, love becomes an unknown. Jay-Z is also working to redefine himself as a rapper by imagining new spaces to exist whereby committed relationships and self-growth are also part of the “cool” pose.

At 47, Jay-Z has emerged as the leader in the progression of hip-hop, constantly opening up new possibilities for where rap can go.

As hip-hop grows into its mid-40s (its approximate birth date is 1973), hopefully there will be others who continue to re-imagine what “cool” looks like. In doing so, they might disrupt the limited notions of what Black men can represent in popular culture and society.

This Guy Faked Being Black To Go To College
Read More:
Living LifeBeyonce,business,Jay-Z,relationships