In Gabon as in other African states, rap has become instrumental in constructing political identity.

On August 17, Gabon celebrated 57 years of independence with a massive free concert in the capital, Libreville. 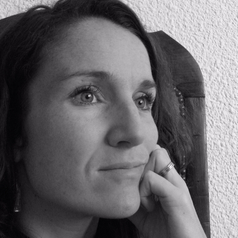 By: Alice Aterianus-Owanga Postdoctoral researcher in Anthropology, University of Lausanne

The aim: to promote national unity in a festive fashion. An impressive lineup of local hip-hop stars – including Ba’Ponga, Tris, Tina and Ndoman – were invited to draw in the younger crowds.

The celebrations held particular significance in light of another, darker anniversary.

One year on, the country is still feeling the social, political and economic effects, as is its rap scene.

In the early 1990s, Gabon’s government was shut down by violent demonstrations and a general strike. It forced dictator Omar Bongo, who had been in power since 1967, to set up a national conference reestablishing a multiparty system and granting greater freedom of expression.

Against the backdrop of this popular uprising, the youth of Libreville began writing rap music. Inspired by American hip-hop artists like Public Enemy and NWA, and French rappers like NTM and Assassin, they expressed their need for escape, freedom and change.

Yet this subversive scene hasn’t been totally exempt from the kinds of ties between music and politics that have existed since the onset of African independence in the 1960s. In fact, some protest rappers have links to the “system” through family ties with political elites. V2A4, for example, is made up of the son of the Interior minister (a close relative to former president Omar Bongo) and the child of a local businessman. Both study in France and live off the wealth of the “system.”

From the 2000s on, inspired by gangsta rap, video clips have started to feature more gold chains, souped-up cars, women in suggestive poses and virile displays of masculinity.

Ushered in by bling style rapper Kôba, a new generation of rappers began to write songs that deviated from the protest-driven hip-hop of their predecessors. This trend was encouraged by the appearance of new record labels, with close ties to the government and elites, further reinforcing the link between music and politics.

This fusion between music and politics reached new highs during the 2009 election. Presidential candidate Ali Bongo used the popularity of rap artists to attract youth support and distinguish himself from his father, Omar, who had died in June that year.

Following his election in 2009, Ali Bongo brought new faces from the world of hip-hop into the government. Due to these kinds of affiliations, Bongo’s semi-authoritarian regime has exercised particularly tight control over the hip-hop scene, in particular via the media.

Right from the start, Bongo’s first seven-year term in office was marked by a decline in living standards and social infrastructure and continuing high unemployment levels – more than 20% of the population, and 35% of young people are without jobs. This, while the Bongo family’s spending has reached outrageous highs.

Censorship and the co-option or silencing of opposition have become increasingly common. Dissenting hip-hop artists now have to find alternative ways to spread their messages.

Most subversive rap is now produced abroad, with several well-known Gabonese rappers making their music in China, South Africa, the US or France. These artists-in-exile form a highly political network. Their songs reach the streets of Libreville through social media, becoming calls for political debate and action.

The title ‘Mister Zero’ was recorded in south of France by rapper Saik1ry who condemned Ali Bongo’s disastrous record, now an anthem at opposition demonstrations.

Back home, many artists continue the fight in spite of censorship. In 2015, outspoken rapper Keurtyce E became the first to release a song openly opposing the current regime.

Beyond the lyrical content of these songs, Gabonese artists ingeniously use the musical arrangements to subversive ends.

Clever use of sampling

Sampling, cutting and looping allow artists to anchor their music within the local context, by using samples from traditional instruments or famous local songs, for instance. These techniques also carry political meaning, with artists mixing in lyrics, musical samples or slogans from activist musicians who they see as their ideological forebears.

Pierre-Claver Akendengué, for example, an icon of 1960s pan-Africanism and resistor to the authoritarian regime during the one-party system, remains a major source of inspiration for Gabonese musicians today.

Rapper/producer Lord Ekomy Ndong recently demonstrated another means of subversion. In a new song in which he samples excerpts from a speech by President Ali Bongo, juxtaposed with the words of social media activists, to condemn corruption and misappropriation of public funds.

During last year’s election, a great rift appeared in the rap scene between supporters and opponents of the president. A series of flareups on social media and diss-and-response songs deepened the divide.

Bongo had his praise singers:

But Bongo’s opponents were as vocal:

Rappers who had previously cooperated with Bongo joined opposition movements to demonstrate their disappointment with government failures. It intensified after troops opened fire on demonstrators following the release of the election results. Several people were killed and numerous others disappeared.

Just two months after this crackdown, Kôba, former poster boy for the system, released the song “Odjuku.” The title is a reference to Bongo’s supposed Nigerian biological father. The rapper reignited the controversy surrounding the president’s origins and joined other artists in declaring “On ne te suit pas” (We don’t follow you).

One year on, the government is trying to make people forget its quagmire with events such as the massive August 17 free concert.

Yet, the protest movement is still active: demonstrations continue within striking government departments and at Libreville University. In the streets of Paris and New York, Gabonese expats rally together.

Through their songs, rappers like Lestat XXL and Lord Ekomy Ndong, commemorate the sorrowful anniversary of the 2016 repression:

Here no one will forget. We’ll hoist up the flame…
No red on my flag. Nothing will ever be the same.

Alice Aterianus-Owanga is the author of “Rap Was Born Here! Music, Power and Identity in Modern Gabon”, published by Maison des Sciences de l’Homme, September 2017. Translated from the French by Alice Heathwood for Fast for Word.