White People Should Never Rap The N-Word: A Linguist Breaks It Down 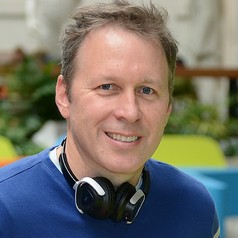 By: Darin Flynn Associate Professor of Linguistics, University of Calgary

Last month social media erupted after a video of white sorority girls singing along to Kanye West’s mega hit Gold Digger went viral. The lyrics include the word n-gga. The students promptly apologized and were absolved of racism by their university and by commentators and journalists — most notably Piers Morgan.

Morgan, writing in the Daily Mail, insisted that white listeners of rap music cannot be reproached for using the n-word. Rather, he said, they are targeted and exploited by Kanye and other Black celebrities, who send mixed messages about whether the n-word is offensive. Morgan wrote: “The only way to stop its use is for everyone to stop using it, including Black people.”

Though Morgan’s take on the n-word was widely derided, it went viral, and a few commentators endorsed it in whole or in part. As a white fan of rap music and as a linguist who writes and teaches about hip-hop language, I feel compelled to add my voice to others who have countered his poorly informed arguments.

Though hip-hop is now consumed by mainstream pop audiences, it is traditionally made for, and by, working-class Black youth whose “in-group” acceptance depends in large part on their fluent use of Black vernacular English. “There is no question that Black talk provides hip-hop’s linguistic underpinnings,” write linguist John Rickford and his son, journalist Russell Rickford, in Spoken Soul: The Story of Black English. They go on to explain:

Nothing thumbs its nose at conformity like the unrestrained African American vernacular. Although white suburban youngsters eat up hip-hop’s edgy tales of money, sexual adventure, ghetto life, and racial injustice (and keep ghetto rhymes atop the pop charts), Black urban youngsters are the genre’s target audience.

Now the n-word looms large in the vernacular of many Black youth. In a new linguistic study of “Black Twitter,” the n-word stands out as the most frequent distinctively Black form, being used 6.6 million times by Black American Twitter users in a single month. The study notes that the n-word has various uses but defines it simply as “guy.”

Black emcees, too, generally use the n-word as “guy,” with diverse connotations, none of them truly offensive. In Something From Nothing: The Art of Rap, Grandmaster Caz, a hip-hop elder, explores the word in a 300-word freestyle that includes 46 instances of the term. Caz shows that it has dozens of meanings, ranging from peaceful to aggressive, from camaraderie to competition, and from boasting to “dissing.”

A Black man from the Bronx, Caz’s use of the n-word in these lines is in direct opposition to “out-group” racist uses of the term. According to a philosopher of language, Adam Croom, the racial slur describes “a constellation of prototypical attributes,” the most derogatory being “subservient,” “prone to laziness,” “prone to violence,” “simple-minded,” and “emotionally shallow.” Croom explains that slurs are used in non-derogatory ways within countercultures such as hip-hop, to oppose and to subvert entrenched sociocultural norms.

Surviving racism and the evolution of language

Black youth appear to strengthen their solidarity and identity by using the n-word as an in-group term. Linguist Jacquelyn Rahman argues the term may help Black males identify as “resourceful, pragmatic survivors” of racial injustice. “During the period of slavery, n-gga became a term that Africans used to refer to themselves and companions in the struggle to survive,” explains Rahman. “Using the term highlighted the identity of a speaker as participating in the culture of survival.” This is apparent when Jay-Z tells himself in Holy Grail, “you still alive, still that n-gga. N-gga, you survived, you still gettin’ bigger.”

The survivor meaning of the n-word has a long history. But African Americans have also developed new meanings and uses of the word in the last few decades. For instance, its use has expanded from noun to noun modifier. An iconic example is New Orleans’s MC T. Tucker who described himself as “the n-gga, the n-gga n-gga, … the n-gga n-gga n-gga you love to hate.” The n-word has also grown from an expression of solidarity among survivors to a term of endearment (as in, “that’s my n-gga”).

The n-word has even evolved into a meaning-neutral pronoun in the first or third person, similar to “I/me,” “we/us,” “he/him,” and “they/them.” So for instance, KAAN simply refers to himself when he raps, “I’m still rolling by myself, a n-gga [I] never had a crew … you lookin for a n-gga [me], you know where to find me … Lawd knows that a n-gga [I’m] feelin hopeless.”

Altogether, then, the use of the n-word in hip-hop is about identity and survival. When a Black emcee says the n-word, it is intended without derogation. So can white hip-hop heads — like me — and other non-Black people rap along without being offensive?

It is never OK: Eminem

In my rap linguistics course a few years ago, a student of South Asian heritage made a memorable class presentation titled, “The meaning of n-gga.” He’d asked a Black childhood friend to join him in class that day, to stand beside him, and to say each instance of the n-word in his stead. My student said that though he is a person of colour and an emcee immersed in hip-hop culture, from a “hood area” in Northeast Calgary, he makes a point of never saying this word, even with Black friends who encourage him to use it. One of his idols, white rapper Eminem, never does either.

Indeed, Eminem and the Black culture of hip-hop famously adopted each other. Much of Eminem’s accent, grammar and vocabulary are drawn from Black vernacular English, but he avoids saying the n-word. (He admitted he said it on occasion in his teens but he has been mostly excused for this – as Nas wrote, he’s “not mad ’cause Eminem said n-gga, ’cause he my n-gga.”) In ’Till I Collapse, Eminem even avoids a euphemism for the n-word — by substituting “wizzle” for “nizzle” in Snoop Dogg’s well-known expression “fo’ shizzle, my nizzle.”

This song (like many others by Eminem, such as Not Afraid and Survival) is about being a “survivor.” Because the n-word is deeply rooted in African-American history, Eminem cannot use it to mean “survivor,” no matter how integrated he is in the Black culture that is hip-hop. More generally, because Eminem is white, he cannot subvert the n-word as non-derogatory, as Black hip-hoppers can with each other. Only the in-group members that the slur was originally intended to target can perform this “normative reversal.”

So for Eminem, the n-word must remain the racist slur that white America has always used and sadly, some continue to use.

The bottom line is this: if a renegade rap god, who is one of the most unrestrained artists in hip-hop, won’t rap the n-word, then what might possess mere white listeners of rap music to do so?