The music video for grime artist Skepta’s award-winning single “Shut Down” is shot in the concrete courtyard of an inner city council estate.

With an army of baseball cap wearing peers, dancing, smoking and tapping at mobile phones, the video celebrates the spirit of community and resistance that exists in urban working class communities.

Similar messages of survival and resistance – with estate imagery forming a backdrop – can be seen in many British hip hop and grime videos. They include Plan B’s Ill Manors, Skinny Man’s Council Estate of Mind and Tricky’s Council Estate.

The roots of this “hood” aesthetic can be traced back to the hip hop culture that emerged from marginalized, black urban communities in late 20th-century America. When I ask my students what kinds of culture they associate with the words “council estate”, grime and hip hop are the most common answers. 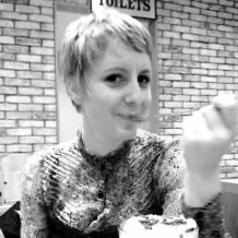 By: Katie Beswick Lecturer in Drama, University of Exeter

It is true that these forms of estate expression do dominate popular music. But residents of estates are engaged in a range of other cultural endeavors. And by paying attention to this range of creative possibilities we can challenge the negative perception that has contributed to the well-documented crisis of social housing.

Yet estate artists who receive critical attention are often positioned as exceptional. For example, the playwright Andrea Dunbar, who created the cult-classic Rita, Sue and Bob Too! has been called a “genius from the slums”. Coverage of her work often suggests that the home she grew up in was an unlikely place for such talent to develop.

Similarly, when the artist Khadija Saye died in the horrific Grenfell Tower fire, much was made of the fact that her estate residency was unknown to the gallery directors who showed an interest in her work.

Without wanting to downplay the achievements of Dunbar and Saye, and the obvious barriers that exist for working class people attempting to make a living from the arts, the idea that creativity is an exception on estates is not borne out by the richness of the artworks produced in and about these spaces.

Just like those living in other types of homes, working class estate residents make a positive contribution to cultural life. They express their humanity by making and taking part in art works that reflect the struggles and joys of their existence.

As the threat to social housing posed by demolition and regeneration increases, residents turn to art to fight back. On the estate where he lives in Bethnal Green, London, artist Jordan McKenzie performs as his alter-ego, “Monsieur Poo-Pourri”, an aristocrat who has fallen on hard times and treats his council estate like a country manor.

By playfully traversing his estate on a hobby-horse, McKenzie – who has exhibited work across the world – subverts ideas about estates. He draws attention to the green spaces of his home, illuminating the potential for play and exploration offered by his surroundings.

Andrea Luka Zimmerman, working with the Fugitive Images collective, has documented the painful experience of displacement in the moving film Estate: A Reverie. She shows how the regeneration of her London estate was experienced by her neighbors, displaying the human side of the housing crisis.

In the theatre, artists including Jane English (20B) and Conrad Murray (DenMarked), recall their experiences of growing up on estates. Murray’s mash-up of Shakespeare, song and beat-boxing reflects the richness of his upbringing, while English poetically demonstrates the lasting connection to others fostered by estate life.

There are also writers including Bola Agbaje (Gone too Far!), Caitlin Moran (Raised by Wolves) and Michaela Coel (Chewing Gum), who have created screen dramas that draw on their experiences of estates to examine and celebrate these spaces.

In the wake of the Grenfell Tower disaster many people pointed out how constant representations of estate residents as drug dealers, benefit cheats and feckless single mothers had created a culture where those living on estates are no longer treated as fully human.

For those of us who understand access to safe, decent, secure housing as a basic human right, emphasizing the humanity of estate residents is a priority.

The artworks made on estates reveal in no uncertain terms how the destruction of social housing threatens not only the lives of residents, but the cultural life and the human spirit of our cities.