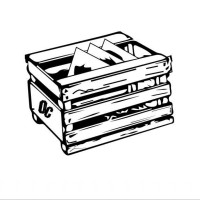 6FO has spent the past few months taking trips from Los Angeles to Atlanta, recording and pushing his brand further, after running into some issues in the streets.

How Silicon Valley Is Dropping Acid To Get Creative With Coding

Is "self-hacking" a legit way to get maximum potential out of workers, or an excuse to get high?

Why Did Facebook Pull It’s Snapchat-Like App For High Schoolers?

High school students across the globe will no longer have access to Facebook's Snapchat-like clone dubbed,  Lifestage. The app was recently pulled from app stores and will no stop targeting teens only a year after its release to the public.

This Young Hacker Saved the World From A Huge Attack…So Why’s He In Jail Now?

A 23-year-old hacker from the U.K. named, Marcus Hutchins who is responsible for stopping a global cyber attack.

Is Bitcoin really as stable as it appears to be? The currency took a hit this week...

This Is How Rappers Started Smoking “Billy Kimber” OG Weed

"Billy Kimber" weed has been pioneered by Woo, a well known marketing guru in the Hip-Hop and fashion world, who has worked with Drake, Jay-Z