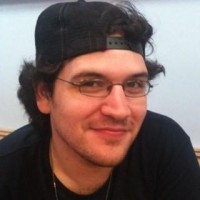 Josh became editor at COED in 2016 and is also the Editor-in-Chief of Campus Sports. He studied journalism at Seton Hill University and is a member of the FWAA and USBWA. His work has been featured in Sports Illustrated, ESPN.com, FOXSports.com, CBSSSports.com, along with others. You can contact Josh at: josh.sanchez@teamcoed.com.
Articles Written
12
LATEST ARTICLES WRITTEN
Jun 2, 2018

Chief Keef Shot At Outside Hotel In New York

Chief Keef was involved in an incident outside of his hotel room in New York City on Saturday morning as...

Snoop Dogg is in the Guinness Book of World Record. Over the Memorial Day Weekend break, the hip-hop superstar participated...

Pusha T’s Kanye West-produced album “Daytona” has been generating plenty of headlines, but not all of them have been positive....

Lil Pump made his first television performance on Wednesday night during an appearance on The Tonight Show Starring Jimmy Fallon....

Donald Glover is a man of many talents. He has been dominating the entertainment industry with his successful FX show...

Kanye West, T.I. Team Up For New Single ‘Ye vs. The People’

Kanye West set social media into a frenzy this week when he bean tweeting out his support of Donald Trump...

Earlier this year, G Herbo teamed up with Lil Uzi Vert and fellow Chicago rapper Chance the Rapper for a...

Rich The Kid is going after Lil Uzi with a new diss track.

“Atlanta” Season 2, Episode 3: The Songs You Need To Know

Donald Glover curates some of the best Hip-Hop during each episode of his hit series, "Atlanta." Check out this week's dopest tracks!